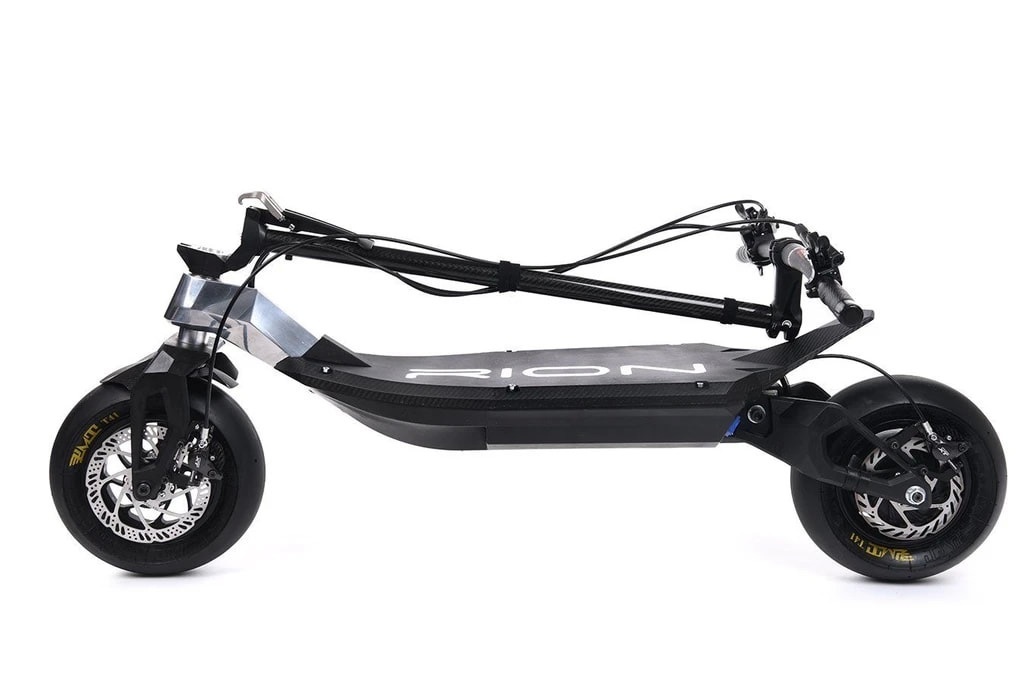 The new RION Thrust is a civilized hyperscooter with high speeds, long range and smooth throttle control. It’s built with the latest carbon fiber undercarriage to maximize space for high tech internals. New state of the art programmable RION TRONIC controllers, along with the RION Curve Throttle, enables both gentle launching and high top speeds at the same time. 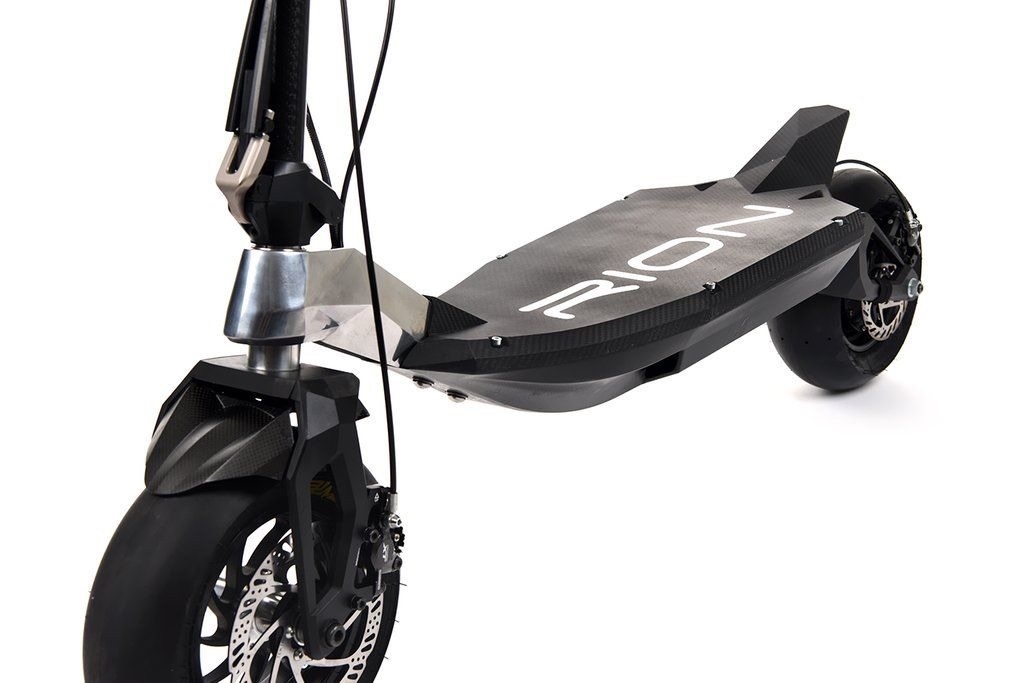 Keep in mind that this is a unique scooter that is only manufactured on order.

We have found ourselves that the delivery time can reach up to more than a year.

STRONG BRAKING SYSTEM
The RION RE Thrust electric scooter is equipped with MAGURA MT7NSL CARBON (4 pistons per caliper) at the front and rear as well as 140mm rotor discs. No electromagnetic braking on this hyper scooter!Like any competition machine, any unnecessary assistance is removed. 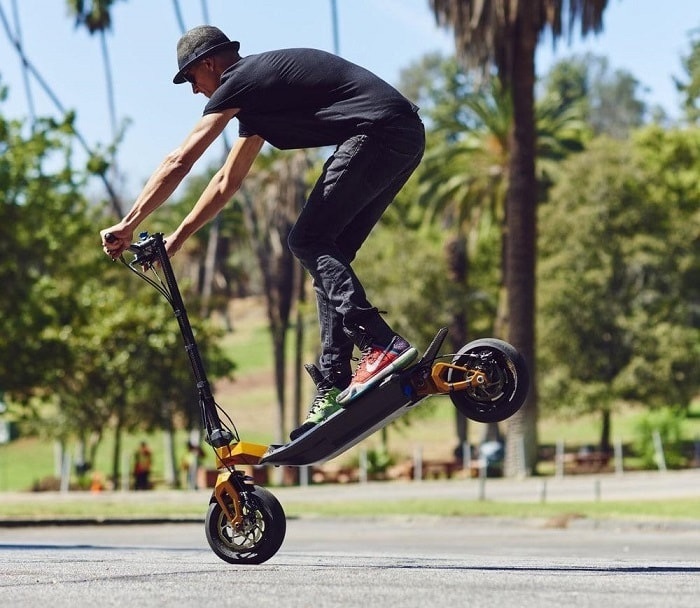 RION RE Thrust: YOUR OWN CUSTOMISATION
RION offers on its RE Trust model a customization of the front and rear arm colors but also a custom height of pole tube so that the machine fits its rider.

Choose between a glossy or matt carbon, customize the color of the aluminum arms, the rings of the brake calipers, you can even choose to write your name on the carbon deck! 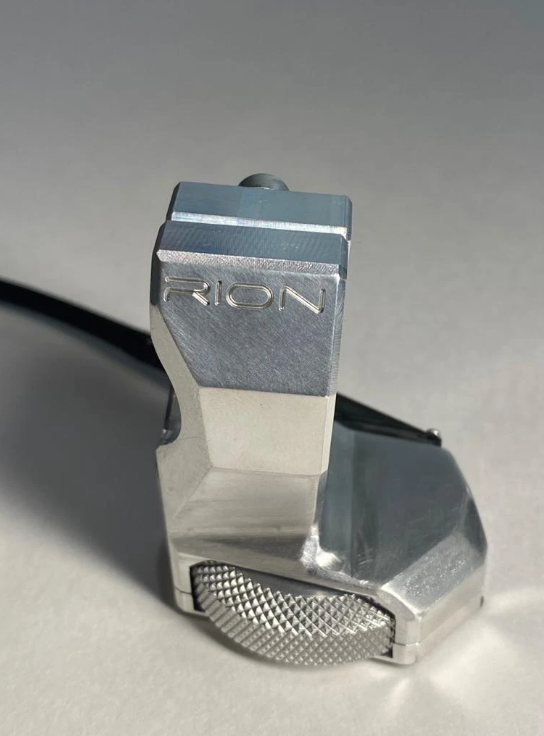 The new RION Curve thumbwheel is a groundbreaking throttle used in RION hyper-scooters.

Military grade components give complete control when accelerating, and deliver a safer and thrilling ride experience. The Rion Curve is compatible and a nice upgrade for any electric scooter.

Dualtron Thunder Custom Red by My Mobelity
€5.999,00
In stock